Here are the 5th edition vanara stats I created for Dragonmeet 2014. I’ve been playing my vanara cleric of Hanuman (trickery domain) for 18 months now and he’s great fun!

Vanara, a race of furred, simian humanoids from the jungles of Sampur far to the southeast, can be found living alongside their human counterparts in parts of Parsantium’s Old Quarter. Bold and curious, they are kind-hearted but have a tendency to poke their noses into matters that don’t concern them and to play harmless but irritating pranks on others, which they think are hilarious. Their sometimes goofy antics and unique sense of humour mean a vanara’s intentions are often misunderstood by other races, particularly sombre dwarves and snooty Bathurans from the Imperial Quarter. A vanara’s fur covers her whole body and can be snow-white, golden, reddish-brown or even blue. Vanara have prehensile tails which they can use to pick up and carry objects, or to aid them when climbing or balancing.

Most vanara are worshippers of Hanuman and there is temple to the Monkey God in the Temple Ward presided over by Yahosdan, a golden-furred vanaran cleric. Tapasranjan, current Grand Master of the Esoteric Order of the Blue Lotus, is the most famous vanara living in the city; several other vanaran sorcerers are members of the order.

The vanaran homeland is the dense Vyaharaja Jungle in the centre of Sampur where their cunning and agility allows them to steer clear of the towering jungle giants and fierce girallons they share the jungle with. They can often be found living alongside humans, as well as in the their own tree-top jungle villages. The city of Kishkindha, located close to a great lake in the heart of the rainforest, serves as the vanaran capital. Ruled by the wise old king Narinda, Kishkindha is built into the walls of a vast cavern; its hidden entrance is only known to the vanara.

Age. Vanara reach adulthood in their mid-teens, and often live over a century.

Alignment. Most vanara are good; their unpredictability means many tend towards chaos.

Size. The average vanara is 5 feet 6 inches in height and weighs from 150 to 200 pounds. Your size is Medium.

Speed. Your base walking speed is 30 feet. Vanara are natural tree climbers and have a climb speed of 30 feet.

Nimble Feet. On your turn, you can use a bonus action to Disengage from your opponent.  You gain proficiency in the Acrobatics and Stealth skills.

Prehensile Tail. A vanara has a long, flexible tail that she can use to pick up or carry objects. She cannot wield weapons with her tail, but it allows her to pick up a small, unattended object or retrieve a stowed object carried on her person as a bonus action.

Darkvision. Your past experiences leaping from tree to tree in the rainforest under a starry sky has given you superior vision in dark and dim conditions. You can see in dim light within 60 feet of you as if it were bright light, and in darkness as if it were dim light. You can’t discern colour in darkness, only shades of grey. 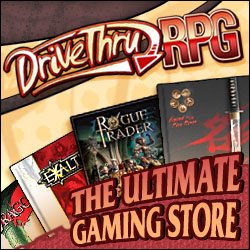